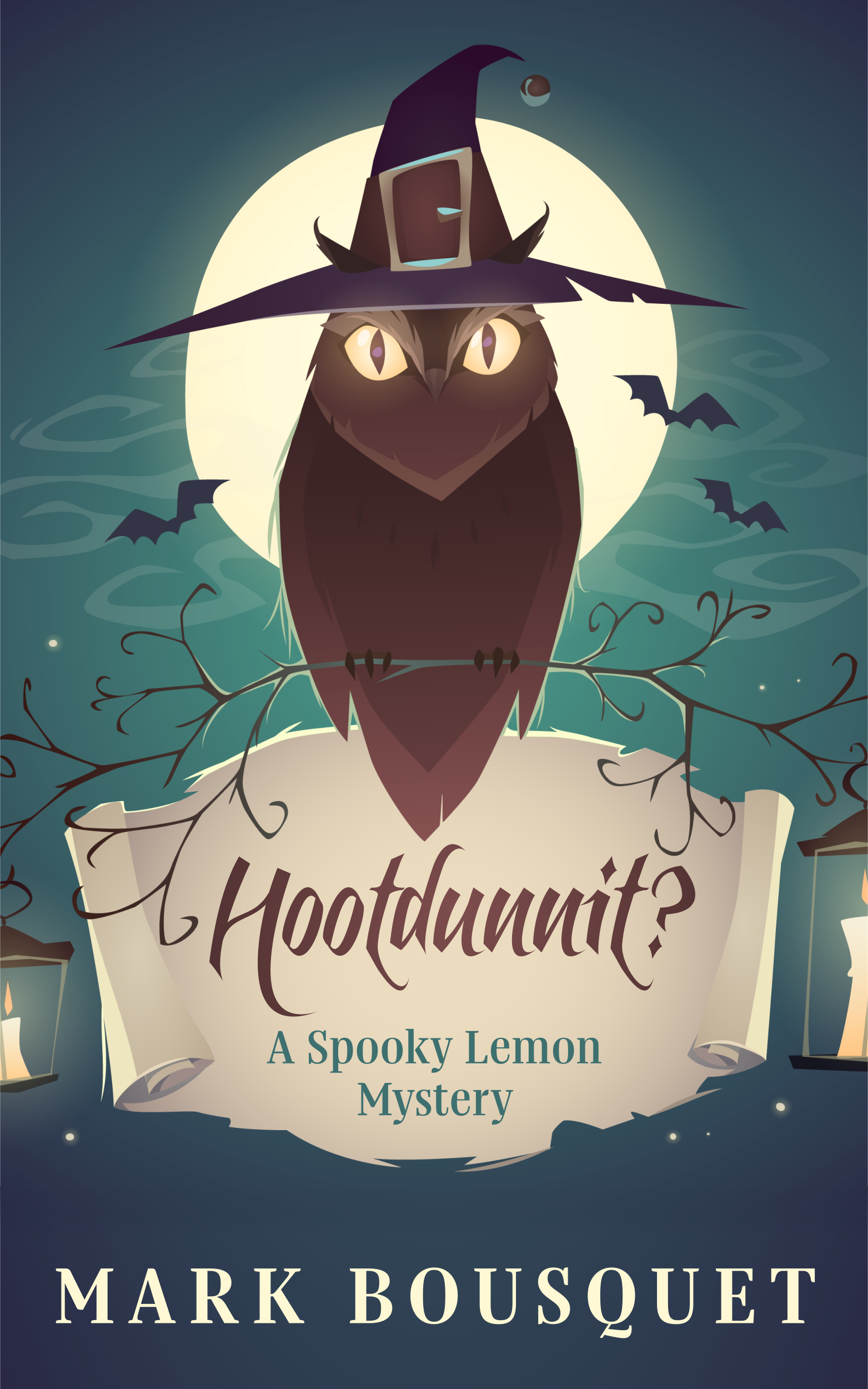 HOOTDUNNIT?, the third Spooky Lemon Mystery, is now available on the Kindle and in paperback.

Delve into the history of Glen Allen Falls, Massachusetts in the latest Spooky Lemon mystery!

The FBI and Los Angeles District Attorney have an offer for paranormal investigator Audrey Lemonovsky that she does not want to accept: solve a case alongside Callie Montclair in order to keep her longtime nemesis out of jail.

Audrey and Callie have never liked one another. Through five years of costarring on The Ghostly Gang, five years touring on the convention circuit, and five years trying to leave one another behind, the friction between them has been both professional and personal. Defined by teenage roles that were little more than stereotypes — Callie as “the pretty one” and “Audrey as “the smart one” — the two women have spent the last decade trying to outlive those roles … and each other.

The most powerful woman in Glen Allen Falls hires them to find a missing woman. Honoria Mace’s nephew and friend are members of The Macawesome Mob, a Ghostly-Gang fan group. The men are sent two photographs of a woman they do not know: in the first, she’s wearing a Macawesome Mob t-shirt and holding a Spooky Lemon action figure. In the second, she’s been murdered by a flaming sword.

The evidence quickly points to Winston McClellan, the wheelchair-bound father of the town’s police chief, and a possible cover-up. What secret is Chief McClellan hiding? Why is he worried about what Mineral Denny might say? And what does it have to do with his own longtime rival, Old Man?

As their investigation unfolds, can Audrey and Callie work together long enough to find a woman nobody seems to know, and solve a murder that doesn’t have a body?